Halls, the maker of the internationally-renowned menthol throat sweets, took to the streets of Johannesburg to drive awareness of its “Own the Moment” campaign, promoting the online competition and social engagement, and encouraging Google search.

The mechanism by which Halls achieved this was a partnership with Street Network, which saw the roll-out of an innovative creative execution across eight bus shelters in Johannesburg, targeting daily commuters and with a specific focus on millennials ‘on the go’.

The partnership with Street Network allowed Halls to stretch its creative muscles and select strategically-located shelters that talked to the target market and provided the perfect canvas on which to communicate a compelling message.

The “Own the Moment” campaign encouraged people from across the country to share their ‘happy moments’ via the Halls website for the chance to win R250 000, and these moments were brought to life across the city with the help of creative studio Mrs & Mr Luke, who were engaged by Saatchi&Saatchi Cape Town on behalf of Halls SA. 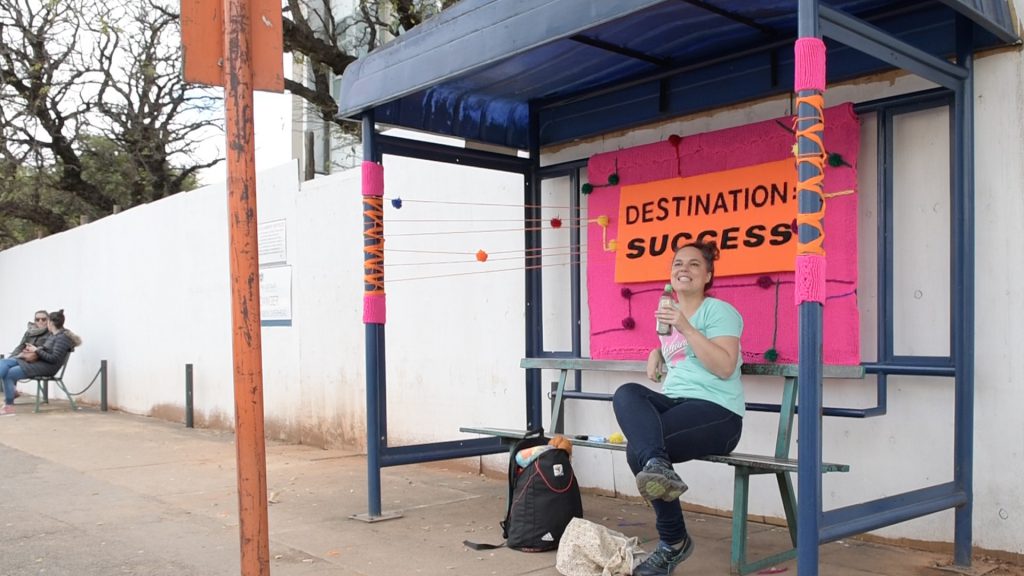 “We wanted to take the digital realm and bring it into the physical space, and the out-of-home medium was perfect for this,” said Tyrone Beck, Creative Director at Saatchi&Saatchi Cape Town. “Also, what we found that, as a result of the hype around the OOH pieces, the campaign developed its own ecosystem. Our target audience was driven to our social channels and then onto the microsite either by seeing them physically or via the artists’ posts on their social pages.”

Halls wanted to work with local artists to create a series of public works of art in Johannesburg, as part of the broader campaign to “Own the Moment”.

Mrs & Mr Luke were given a ‘moment’ as the inspiration behind each bus shelter, which they then needed to interpret in their own styles. These moments took on themes such as: “Waking up at 5 to fulfil my dreams”; “Forgot my bus ticket”; Moved to the City of Gold”; and “Making time to make things happen”. Mrs & Mr Luke were given free reign to re-imagine each bus shelter, with the purpose of creating an all-encompassing experience, inside and outside. 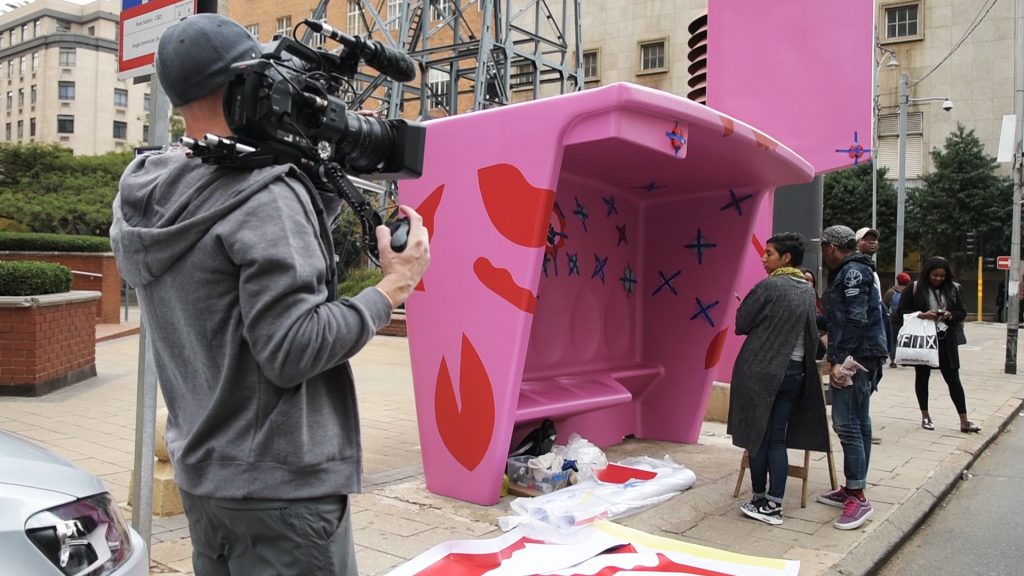 This involved wrapping the bus shelters in bright, solid colours, which immediately created interest from regular commuters and passers-by. One shelter was even designed by artist Isabeau Joubert using a ‘yarn-bomb’, which is a type of graffiti or street art that employs colourful displays of knitted or crocheted yarn or fibre, rather than paint or chalk.

This street furniture campaign was effective in reaching over 750,000 people and delivering 5 million impacts with an average frequency of 6. (ROAD2015/16/17C)

“This platform allowed for creative expression in a way that no other medium would have been able to,” said Jonathan Everest, Head of Sales for Street Network. “Commuter shelters also allow for flexibility in terms of the size of a campaign, from directional branding on a single commuter shelter through to creating an outdoor art installation on a limited number of sites. Location also plays a vital role, and as such the opportunities for street furniture are endless, limited only by the imagination and ability of the creative to deliver an effective message.”

In partnering with Street Network, Halls SA and Saatchi&Saatchi displayed how an effective and well thought out street furniture campaign can elevate a brand and captivate commuters in targeted high-traffic locations, utilizing a unique creative execution and enhancing and complementing activities on social media and mobile.

Click HERE to view ‘the making of’ the Own The Moment Bus Shelter campaign – https://youtu.be/bHst9TqxHhc

Read more
We use cookies to ensure that we give you the best experience on our website. If you continue to use this site we will assume that you are happy with it.Ok