Outdoor Network has taken the latest step in growing its already-sizeable network, by unveiling a large format double-sided digital billboard site on the M3 highway in close proximity to the Durban CBD.

The site is significant in size and commands an imposing presence, measuring 4.5m x 18m (81m2 on each side), and is located adjacent to the M3, facing all east-bound traffic from the N3, N2 and Pietermaritzburg into the CBD, and the south and west-bound traffic exiting the city. 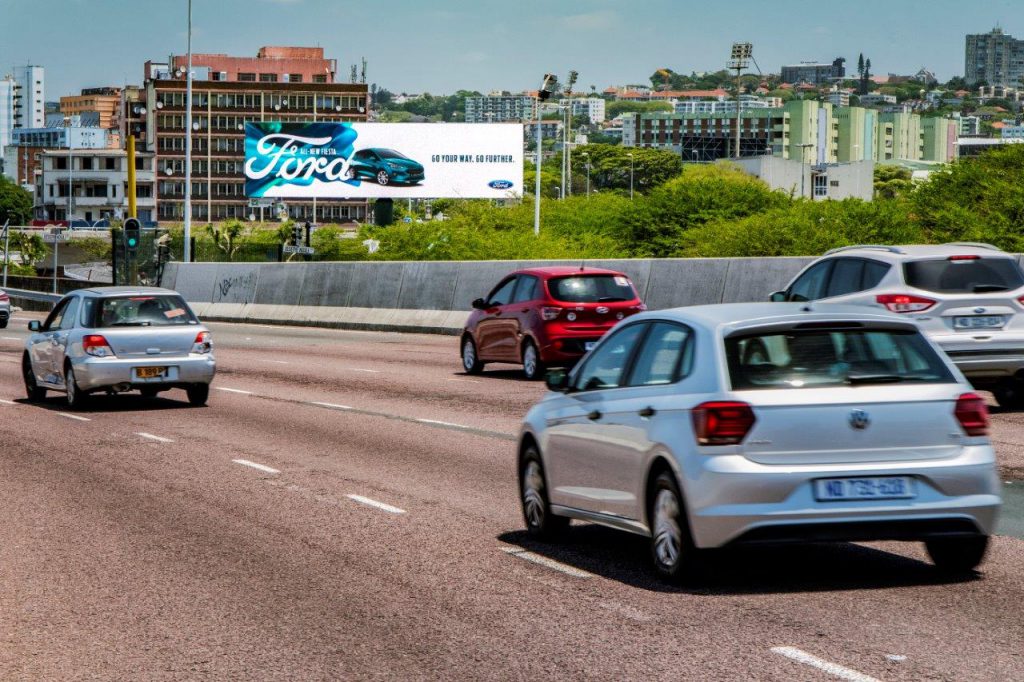 “It is the single largest digital out of home billboard in South Africa and demonstrates Outdoor Network’s commitment to investing in state-of-the-art out-of-home advertising in strategically-positioned locations,” says Warren Dugmore, Outdoor Network’s Head of Sales, Billboards.

Each side of the billboard is expected to reach an audience of well over 500 000 consumers. With an average frequency rate of 6.5, the site is expected to deliver 3.3 million impacts every month (ROAD2015/2016/2017C), offering significant exposure and value for any brand taking up the space.

Whilst there’s no doubting that the size of the digital LED structure will turn a lot of heads and garner most of the attention, it shouldn’t be forgotten that its strategic location alongside the key highway heading into the Durban CBD is another key factor in its desirability.

Durban is the third most populous city in South Africa and forms part of the eThekwini Metropolitan Municipality, which includes neighbouring towns and has a population of about 3.44 million, making the combined municipality one of the biggest cities on the Indian Ocean coast. It is also one of South Africa’s major tourism centres because of the city’s warm sub-tropical climate and extensive beaches, and Durban has also positioned itself as an important business events destination, largely due to the success of the Durban ICC.

Digital out of home is the second fastest-growing advertising medium globally after social media, and an international study of 3,500 consumers in the UK found that by a clear majority, digital out of home advertising was: considered modern (79%); innovative (69%); appealing (67%); entertaining (63%); and stood out from other forms of outdoor advertising (70%).

Further to that, according to Media Caddy’s ‘The Metrics of Digital Out of Home Advertising’, “digital place-based out of home advertising has some of the highest recall in the industry, at around 47% after a month’s time. Better recall means more customer recognition and more brand engagement, even a month after the ad was shown!”

No surprise then that digital forms an integral part of Outdoor Network’s growth strategy, an area it is heavily invested in. Outdoor Network is maximising the advantages of this cutting-edge technology and using it to reach key consumer segments, while positively influencing recall and engagement with an effective digital out-of-home solution.

A focus on conservation, recycling and the environment

Read more
We use cookies to ensure that we give you the best experience on our website. If you continue to use this site we will assume that you are happy with it.Ok